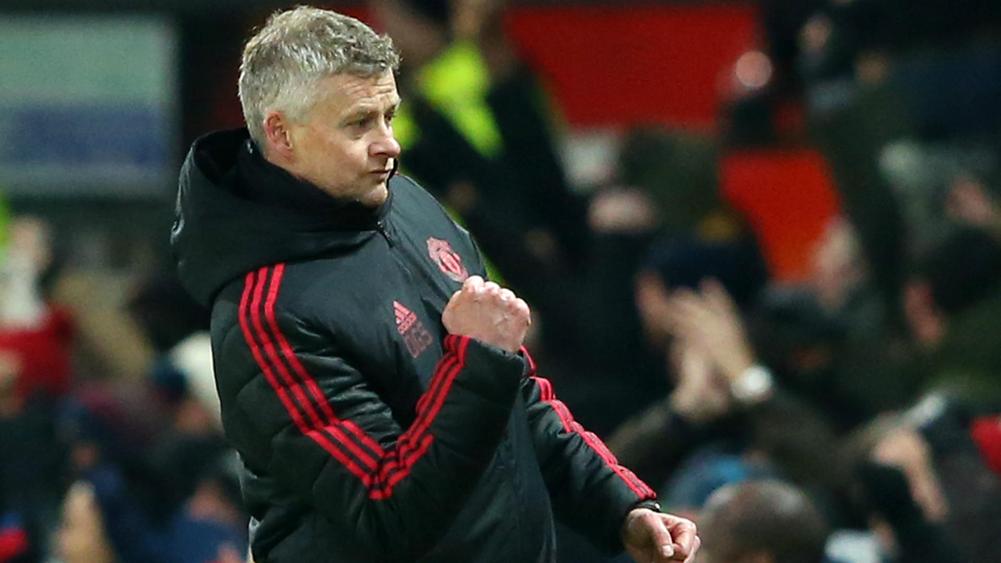 Ole Gunnar Solskjaer believes Manchester United answered a question about their recent winning run by coming from behind to draw with Burnley.

Solskjaer, who had won all eight of his matches as caretaker manager before Tuesday’s game at Old Trafford, was staring at his first defeat when Burnley reached the 87th minute with a 2-0 lead.

However, a Paul Pogba penalty halved the deficit before Victor Lindelof struck in injury time to secure a dramatic point.

It was the first time United had fallen behind in a match under Solskjaer’s management, and the former striker was proud of the way his players responded to adversity in a largely poor display.

“On the way up here, I was stopped so many times by the staff, so many people saying: ‘Great spirit, fighting spirit, and the way they came back was fantastic’,” he told a news conference.

“So, of course, happy with a point, but we could have got three even at the end, but we just ran out of time. We started too late with the urgency.

“That’s a learning curve, but now you’ve got your answer to ‘can they come back if they go one down or two down?’ Even so, I’m very happy with the response.”

Andreas Pereira, making his first Premier League start since August, lost possession in the build-up to Ashley Barnes’ opening goal and was replaced by Jesse Lingard after 63 minutes.

The midfielder’s inclusion was the main surprise in an unusual Solskjaer team selection, with Juan Mata and Marcus Rashford starting in the wide positions and Romelu Lukaku alone up front.

Solskjaer felt his hands were tied somewhat, with Anthony Martial unavailable due to a knock picked up in training, and he hopes Pereira will learn from his error.

“No, it was the right decision to make,” he said of his line-up. “We had a couple of niggles and unfortunately he [Pereira] was involved in the first goal, but that’s the whole team.

“We played our way into trouble there. Instead of starting off with the forward pass, we ended up back to the keeper, and it’s just another thing we have to learn from.”